6 Things I Won’t Miss About Thailand

Written during my final weeks in the Land of Smiles, this piece perfectly illustrates my main struggles during my Southeast Asian odyssey. Spilling my thoughts on the blunders of life in the Kingdom of Thailand was a humorously forthright yet fulfilling experience, and for that reason I would like to debut it as my first complete blog post.

While the account is honest and blunt, there truly isn’t a single thing that made me second guess my decision to reside halfway around the world for two years. On the contrary, it’s unquestionably likely that I will be venturing back very soon! 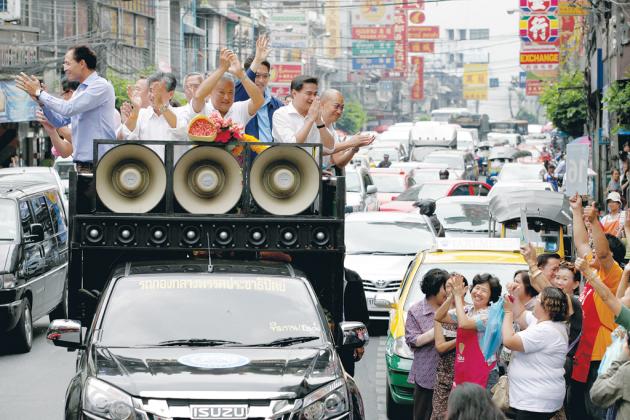 Anyone that’s been here longer than twenty-four hours can agree that Thailand is probably the single noisiest place they’ve ever been in the entire world. Obviously Bangkok is notoriously loud, but even outside of that empire of sound, the rest of the country really does fully embrace chaotic noise. Even after two years here, I still can’t understand Thailand’s obsession with it. Thai traditional music blasted on village loudspeakers at 6:00 AM used to be my absolute favorite Saturday morning tradition when I lived in the countryside. The normal Monday night, Tuesday night, (Wednesday, Thursday…) local town men’s gathering next door was also something I so happily looked forward to, knowing I had to be at work by 7:00 the next morning. Nobody ever seemed to care about their pooches howling like ravenous wolves through the night either, or the confused cocks that would begin to crow at the strike of 3:00 AM. For whatever reason, the unrelenting pandemonium that goes on day and night in this country isn’t something that Thai people seem to mind!

I certainly will not miss the absolutely ridiculous excuse for wireless internet that this country runs on. Let it be known: as a whole, Thailand is not a 3rd world country, nor is it exactly a 1st world one; though it certainly can be classified as a high 2nd, with a pretty highly developed technological sector. With that being said, I can’t really even begin to describe to you the level of utter frustration that has consumed my day to day affairs; internet that connects when it wants to, or only at certain times of the day, or in small twelve second increments, small stints of hope that seemingly fall through to nothing. It’s enough to leave your hair pulled out in a small pile on the floor, desperately hopeful that the wireless gods will suddenly shine down their light on this corner of the world, and with a sweep of their majestic hand, grant westernized download speeds to every dis-interconnected individual in the country who is pouring sweat at their local internet cafe, mesmerized by fury behind their tiny computer screens. Only time will tell if, and when, this magnificent day will come.

Over the past two years living in one of the heaviest rainfall environments on planet Earth, I can tell you that I made a critical mistake when I decided to invest in a motorbike. I had it all wrong… I clearly should have bought a boat. With the monsoonal deluges the country experiences six months out of the year, what the hell was I thinking? I could have been riding dry through the streets of Bangkok, Nakhon Si Thammarat, and Phuket all this time…

I’m joking, it obviously doesn’t come down in a torrential downpour all the time. It normally only comes down at three ridiculously convenient times:

Sure, you can grab a cheap 7-11 poncho for a buck fifty; it might last you a whole three and a half minutes before your crotch is wet. You could instead make a more invested purchase, such as a ten dollar full rain suit (as I did), though it still only grants you about seven minutes of rain-free crotch time. Thai rain just isn’t like the rest-of-the-world rain. Like a disease, it finds its way to every square inch of your body, sure not to leave even the most hard to reach places (see above) dry.

This falls into both love and hate categories, plainly because there are aspects to it that I really quite enjoy, and others that truly make you wonder not just how some people learned to operate a vehicle, but how they’ve been able to survive their entire life lacking any shred of common sense on the road. Perhaps I should break this one down into the type of motorists that have made my driving experience a consistent nuisance:

Another delightful threat to those that navigate the Thai concrete (especially motorbikes) are potholes. Some of these beasts can be up to a foot deep, with the ability to swallow whole the entire front wheel of your average, every-day midsize scooter, sending the driver head over heels, soon to be welcomed happily by gritty asphalt. “Is that my right incisor over there?!” 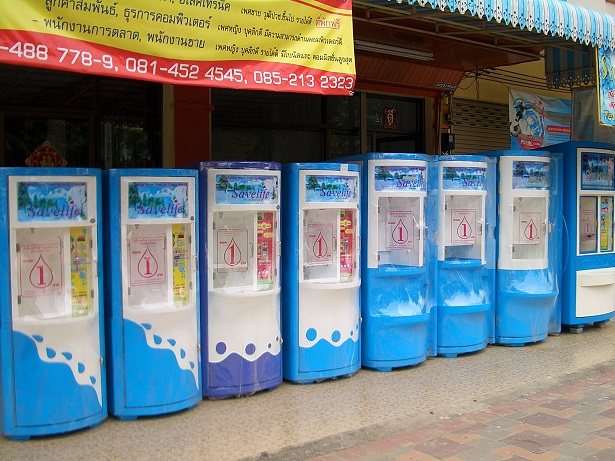 The water that had me spewing out my rear end the first month I was here is the same water that should I have a sip, would still cause me (18 months later) to again start spewing out my rear end. You just can’t drink it; which can be ever so inconvenient on a hot, sticky day here in the armpit of Southeast Asia. Oh my toil; hiking up countless stairways, jumbo sized backpack in tow, hopelessly sagging under the weight of eleven 1 and a half liter bottles, fresh from the nearest ‘M.T. Inc’ water dispensary. I’ve truly longed for the days when I could again throw my head under the tap, and lap up that sweet goodness like a St. Bernard. Mmmm, tasty… 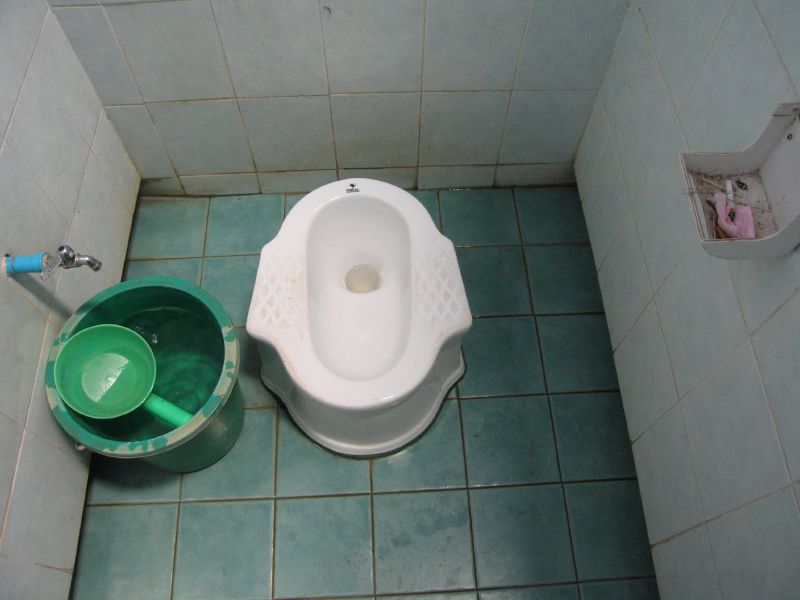 This topic could go on longer than an elephant’s… trunk.

Where do I begin? I suppose I could start with the lack of air conditioning anywhere; or maybe dual pricing for foreigners (even if you can prove you’ve lived here for 1, 2, 10, or 20+ years)? No, no, I’m forgetting the flies… yes, the flies. How did they get in my 25th floor hotel room? And the refrigerator? And even in my underwear drawer?! Oh yes, and the mosquitoes… ever heard of dengue? I suppose the 12:00am giggling geckos should make this section too; and maybe the 3:00am return-from-the-bar surprise snake in the bed as well.

In closing, Thailand has been a uniquely incredible place to call home the past two years. Even through each of these minor inconveniences, I was more than able to wear a smile each and every day of my Thai life.

Edit: I did inevitably return to Thailand in April of 2016. None of these minor inconveniences could ever keep me away! 🙂

Enjoy this post? Have some more laughs with other articles in my Travel Humor section 🙂

On Pinterest? Check me out below! I’d greatly appreciate a re-pin. 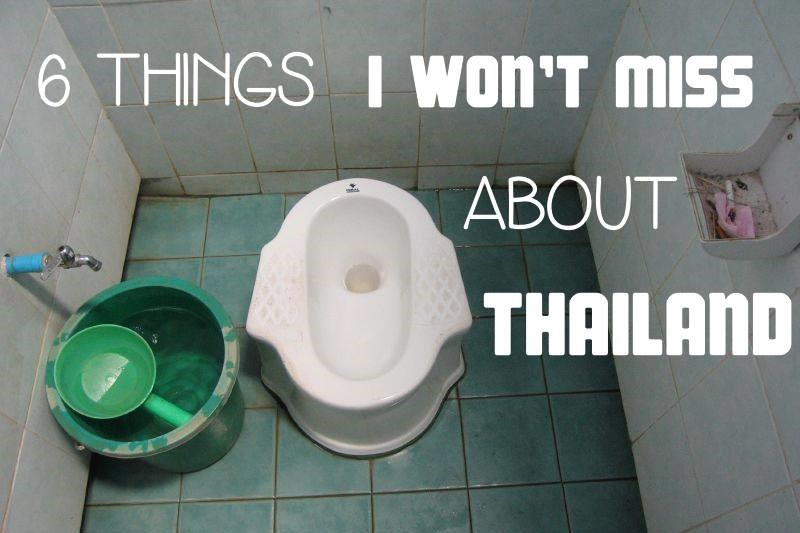